You might remember the Moustache Project that we started a little while back, endowing the Lickliters Younger and Elder with a pair of El Full Mexicans to kick things off on a high note. Unfortunately, the moustaches are imaginary, the Lickliters remained clean-shaven in real life, and the Hawkeyes immediately dropped the first two games of the season. 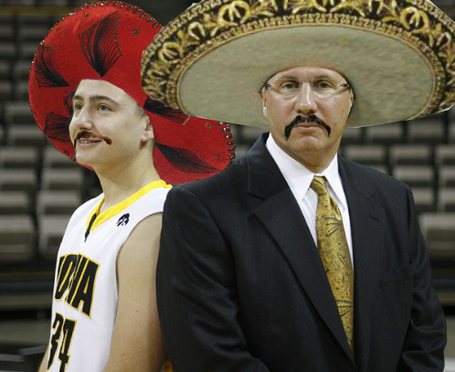 Fortunately, Iowa fans have not given up on El Full Mexican, and (at least) two such fans infiltrated Legendary Historic Kinnick Stadium of History and Legends on Saturday. Behold the beauty, as seen on HawkMania's article about the team's bowl prospects. Ah, but yes, less yap, more boogertrap. Here you go: 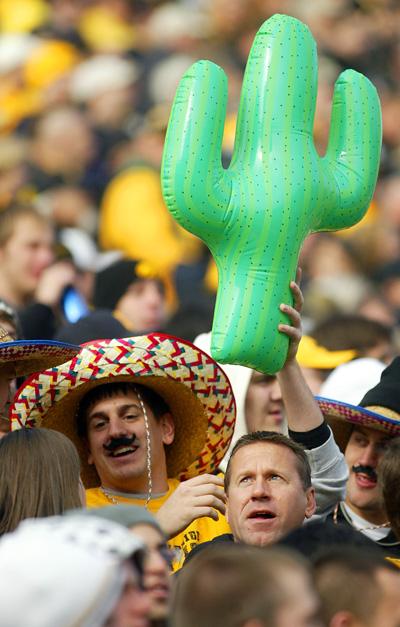 At this point, a Fiesta Bowl bid is essentially a lock. Why, I've already bought 4 non-refundable tickets to Santa Fe. The game's in Santa Fe, right?