Last year Iowa was 5-4 and up against an undefeated Penn State squad looking for a shot at a national championship.  The Hawkeyes had just come off an embarassing loss to a less talented team and were decided underdogs.  No one gave Iowa much of a chance.

Anyone remember how that game turned out?  Anyone?  Anyone? 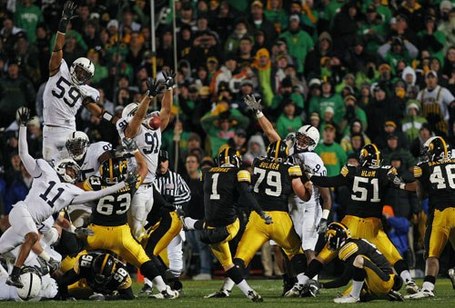 Admittedly, the stakes are a bit higher this year, but the similarities are definitely there.    Embarassing loss to a less talented team?  Check.  Big underdogs?  Check.  Sumo-themed Photoshop describing what we're up against? 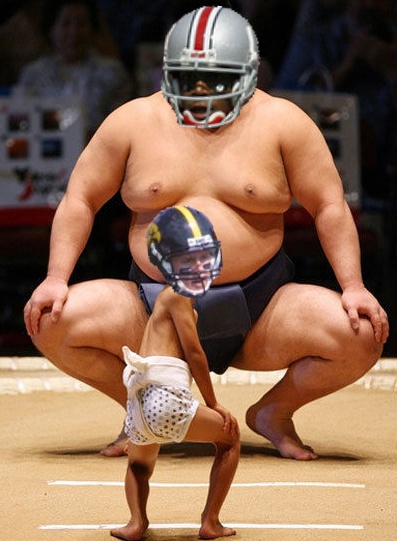 I have a weird feeling about this game.  The same type of feeling I had before Penn State last year.  There isn't any evidence that we should win.  We shouldn't.  But there's this.......feeling.......in the far reaches of my soul.  It could be a deep hatred for Ohio State that is clouding my thought process, or possibly just gas.  But I feel like the Hawks have a legitimate chance.

Allow yourself to fantasize for a moment:

What if our defense plays out of their minds and they make Pryor look like a compilation of Arnaud, Scott, Clark, Forcier and Tolzien?  What if they force turnovers and consistently give our offense a short enough field where they can score points?  What if Vandenberg plays mistake-free football?

Alright, hands out of your pants.

Like I said before, there isn't much real-world evidence to support that any of this will happen. 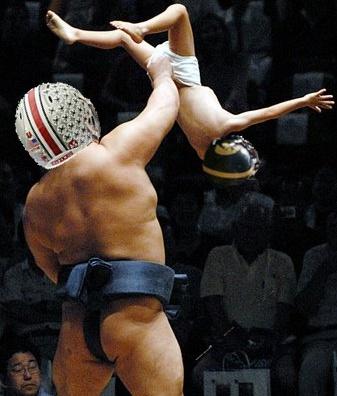 Keep the whiskey at arm's length either way.