Share All sharing options for: Ohio State Blogs Are Funny...

Ohio State blogs who have yet to write a word about this week's game are just now getting around to attacking BHGP for writing more about statistics than uniforms, in the thoroughly unfunny manner we have come to expect.

For a moment, let's feel sorry for Ohio State fans.  Just three years ago they were undefeated and playing for a national title.  In one game, their nightmares became reality.  And then they started having recurring nightmares that happened over and over and over again.  They spent an entire summer begging a glorified wideout to come play quarterback for their team and were like OMG GO AHEAD AND BORROW THE REDNECK ROCKER'S BITCHING VETTE FOR UR PROM and he was like OK GR8 I'M COMING TO YOUR SCHOOL FOR THE FOOTBALL AND THE LEARNING.  It wasn't until after they got him that they found out he has an arm like Johnny Damon and their coach has the creativity of Orrin Hatch.  And now they're staring down the best team they've played since the last time they shit the bed against USC.  Which shouldn't be confused with the other time they shit the bed against USC.

So let's take a moment to pity them OMG that is over mock mock mock.

Unread Ohio State blog BBC (which stands for Booster's Bitchin' Corvette, but actually gets most of its traffic from aOSU fans who go to libraries, search for "big black cock," and have sex with themselves) just took a dump on their keyboard and clicked the publish button.  Needless to say, they're reeeeeeeealy stretching it, like Mo Clarett's butthole in the prison shower:

Sooooo....our offense is "anemic".  Yours was worse when you had a healthy QB.  You don't have the QB anymore, but let's ignore that and make it look like Iowa will win?    So now we know what we're working with in terms of ignorance.

OK, let's take a look at those offensive numbers.  Then when you're finishing thinking that Ohio Statewon 8 games thanks solely to their offense, let us know.  Then we'll introduce you to our defense.

So let's talk defense, Semen (oh, by the way, the guy who writes this crap is named Semen.  I'm not even kidding.) Since you didn't bother to actually, you know, read the post or look at the numbers, I'll provide them for you.  Iowa and Ohio State have had three common opponents this year: Penn State,Wisconsin, and Indiana.  Both have played two of those on the road.  The defensive statistics against those opponents:

Boy, Semen, you really got us there.  Those 15 yards and 3 points per game that separate our defenses are surely the difference.  In fact, your defensive advantage is so significant that we're not even going to bother writing about this game.  We obviously have no chance against your incredible defense and admittedly pathetic offense.  We'll just genuflect to the statue of Katzenmoyer, Hawk, Laurinaitis, or whatever other overrated burnout OSU pilejumper du jour you have on your nightstand and start writing about basketball.

What Semen fails to mention, of course, is that -- despite that steel curtain of a defense -- they managed to lose to Purdue (PURDUE!) because their quarterback can't throw and their offensive line is a mess.  Iowa needed its quarterback to get injured for its offense to become a staggering pile of FAIL; Ohio State needed under-the-table booster payments just to elevate its offense to that level.

Ohio State QB Pryor had a mere 125 yards passing last week against Penn State.  And if Ohio State thinks he's going to have anywhere near those numbers against Iowa, they are going to be sadly, sadly disappointed.  Vandenberg's admittedly awful performance in three quarters against Northwestern still went for more yardage than Pryor did against mighty Illinois, whose defense is worse than Northwestern's in every relevant statistic (total defense, passing defense, pass efficiency), so you can probably forget the lofty goal of being as good as Scott Tolzien. 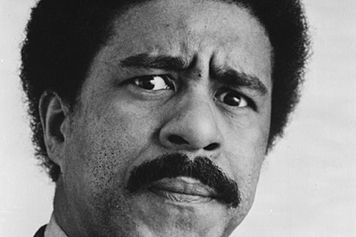 OMG I SET MYSELF ON FIRE DURING THE PURDUE GAME