As our thousands of devoted readers remember, BHGP was first introduced to the Smelley Cock in early September, when OPS was still writing for FanHouse. We hadn't forgotten the magic of that cheap, sophomoric joke, and we were committed to beating that horse back to life. Thus, in the weeks leading up to the Outback Bowl, BHGP provided daily updates on what the Smelley Cock smells like. It was the finest, most well-received ongoing series in the history of all Internets. Some historians say that in the month of August, 2009, the name "Smelley" will be, at worst, the fourth most popular name for new babies born, boy or girl. We have to report, however, on what is undoubtedly the last, maybe even Smelleyest, Cock of them all. 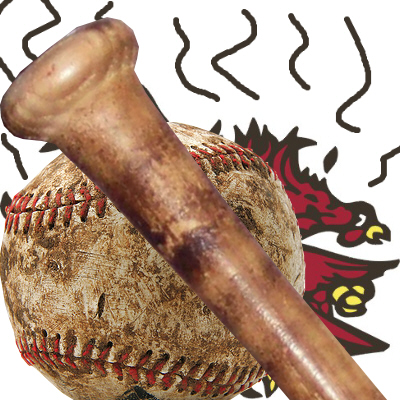 Yes, the news you've heard is true: The Cocks won't have that Smelleyness anymore, as he has decided to transfer to Alabama to pursue a career in baseball. Smart move, considering This Head Ballcoach didn't exactly do much for Smelley this year. Perhaps Smelley felt his presence on the team, creating the QB controversy that addled the passing game all season long, was a net negative. So, in that sense, we could say that the Smelley taint is off the Cocks now. Godspeed, Smelley Cock. We'll always have Madison Square.