There's A Game On Saturday? Northwestern!!1

Share All sharing options for: There's A Game On Saturday? Northwestern!!1

So, the Big Ten schedule is starting. That's big news, folks, big news. At least that's what I have to tell myself tonight, anyway.

My ho-hummery stems from one simple fact about the game--it's just Northwestern. They're the Rain Man of Big Ten football--unusually smart, probably too inept to live alone or wear shoes without Velcro. A Northwestern player is great if you want to learn how to program your TI-85, but fucking miserable on the gridiron.

Northwestern is led by Pat Fitzgerald, an absolute fraud of a coach. Fitzgerald is the Trig Palin of Big Ten coaches: impossibly young for the center stage, a result of unexpected catastrophe, and severely retarded.

Fitzgerald is best known for being the Big Ten's youngest coach since 1917, when following a lost bet, the Michigan Wolverines were coached for one week by seven-year-old Hamilton Wiltonwood. They won by 83 points. In addition, Fitzgerald coached the entire month of October 2006 without pants, resulting in a crippling four-game skid. Wait, did we say "crippling"? This is just Northwestern, so we meant "annual."

The Wildcat quarterback is C.J. Bacher (Bacher, of course, is French for "frightened rabbit"). Bacher is coming off a 19 TD, 19 INT season and is once again not expected to contend for any meaningful postseason honors. Bacher's production is suffering in 2008 largely due to sore fingers; his injury is no surprise, as the human hand is not designed to spend three hours every Saturday with its thumb up its owner's posterior.

At tailback, Northwestern boasts Tyrell Sutton, easily one of the three best tailbacks in the nation conference state local area (ETHS has a couple burners). Sutton, not understanding the definition of a tautology, announced that he was 100% on account of his self-diagnosis of 100%. Because hamstring injuries totally disappear in seven days, you know. 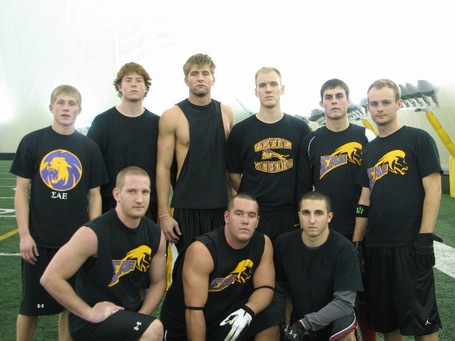 On defense, the Wildcats "appear" to be tough. We use quotations with "appear" because any notion of actual competence is flatly fucking ridiculous. This is the same defense that gave up 31 points a game last season, while allowing 243 passing yards per game on 63% passing. You may remember them from such farces as "Jake Christensen torches NU for over 200 yards in one half" and "No seriously that Jake Christensen thing happened."

Northwestern's stats are much improved on defense this season, and for good reason: they have played absolutely fucking nobody. This is their slate so far: Syracuse, @Duke, Southern Illinois, Ohio. Seriously, that's it. I was going to make a "St. Mary's Sisterhood of the Retarded and/or Canadian" joke, but why? Syracuse is worse than that. So sure, you guys have given up like 20 points or whatever, but come on. Northwestern makes Minnesota look like the 1985 Bears.

As for Iowa's approach to attacking Northwestern, it will be two words:

No, it's Shonn Greene. Of course it is. Sure, he only lasted three quarters in last week's demolition derby, but his conditioning improves from week to week--he set career highs against Pitt in both carries and yards. Look for him to encounter significantly less resistance against a line that comes from just Northwestern. 200 yards and 4 TDs? Probably.

How important is it that Greene put together another high-powered performance? Let's let Captain Kirk put everything into proper perspective:

Asked this week if he had considered where his offense would be had running back Shonn Greene not successfully made it back from a year of academic exile, Iowa football coach Kirk Ferentz gave a pretty good indication of how much Greene means to the Hawkeyes, who open Big Ten play at 11 a.m. today against Northwestern. 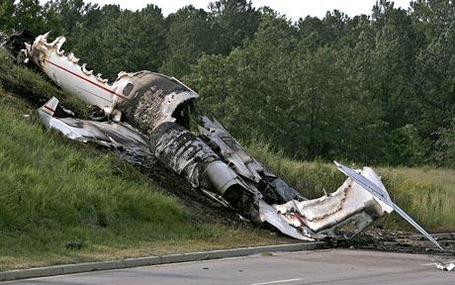 As for the passing game, Iowa will whip out the Hangin' and Swangin' Dick Stanzi again. Christensen had his opportunity to solidify the starting role by leading a second-half comeback against Pitt, and that clearly didn't happen. And yes, while SDS throws way too many Stanziballs, far more than Christensen does, at some point an offense needs the ability to consistently hit through the air, and Stanzi's probably the only one on the roster who can do that.

Meanwhile, the entire Iowa receiving corps is healthy and eligible for the first time since 19-fuckity-never. Between Tony Moeaki's health problems and Iowa's near-constant need for 2-TE sets in 2007, the Hawkeyes now have three very capable tight ends.

Similar problems with injuries have provided Iowa with five WRs with starting experience, and all (with the only possible exception of Stross) have improved since 2007. That's not to say, of course, that Iowa's going to rewrite receiving records or that NU needs to be prepared for that A-11 shit (unless Fitz is reading this; in that case, YES ABSOLUTELY PREPARE FOR ONLY THAT), but the weapons are finally there.

If you want a prediction, here it is: Iowa 31, Just Northwestern 13. Northwestern is the worst 4-0 BCS team in many years, and this week will only confirm it.