We Don't Know What A Silver Football Is, But Shonn Greene Will Gladly Take It, Thank You

Share All sharing options for: We Don't Know What A Silver Football Is, But Shonn Greene Will Gladly Take It, Thank You

The Greene Party continues unabated today as the Chicago Tribune handed out its annual Silver Football award (good thing it's not a blue ball AMIRITEGUYZLOLLLL), awarded to the top Big Ten player since... I dunno, but it's been a good long while. The award is determined by votes from Big Ten coaches (and no, you can't vote for your own guy, otherwise every year there'd be one vote for JOHN HUFNAGEL THE MAGICAL ANGLO*). This year's winner, with 7 of 10 possible votes, was one Shonn Greene, the baddest man in black and gold since Wade Lookingbill. 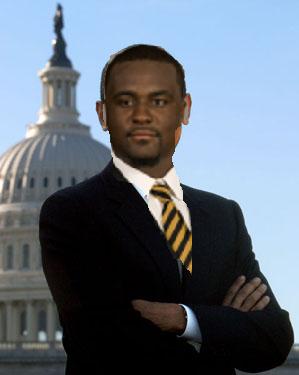 Greene is the tenth Hawkeye to win the award, joining only Ohio State and Michigan as teams with as many awards (UM and aUOS have 15 apiece). As for past Hawkeye winners, Greene-Man joins such immortal Hawkeyes as Bill Glasgow and Joe Laws, plus a couple of other players you might have heard of (big ups to Grimey).

Next up is the Doak, which Shonn should win with ease, and then there's the issue of the Heisman. Nobody's disputing that Harrell, McCoy, Bradford, and Tebow should all go. But if they're going to invite a fifth, why would it be Mike Crabtree? Sure, that game-winning catch against Texas was all kinds of awesome, but his numbers aren't as good as last year; frankly, he wasn't even the most productive WR in his conference.

Ah, but we're getting ahead of ourselves. Congratulations to Shonn Greene and the Hawkeyes, and may they deliver a grand ass-kicking to whomever the SEC puts in front of them on January 1.