How We're Spending Our CBS Money

Share All sharing options for: How We're Spending Our CBS Money

It's official: Blogpoll is now the exclusive property of CBS Sports.  The people who bring you Billy Packer, sappy Masters coverage, and nineteen different shows with the letters C, S, and I in the title now control college football's most influential poll.  We already know that Brian used his CBS money on a gold-and-diamond-studded dollar sign belt, a bodyguard/valet, and an accountant*.  But Brian's hardly the only one in line for precious Viacom lucre.  Every member of the Blogpoll stands to get paid.  We've contacted our favorite bloggers (read: the only ones who will still talk to us) to see what they're doing with their CB$.

HS: Cashed check in $1 bills.  Went to OPS's apartment while he was away.  Threw bills in bathtub.  Bathed.  Lit a match.  Set fire to bills.  Pissed on ashes.  Accidentally set off fire alarm.  OPS's landlord was nonplussed.

OPS:  Purchased every pair of Zubaz pants left in existence.  Used the remaining money to get a haircut, a new mesh jersey, and a case of Beast Light.  Looked fucking awesome. 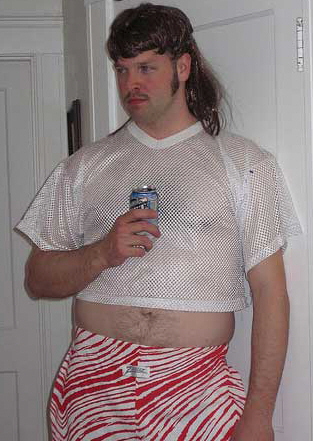 SpartyMSU:  Through Awsome Tail Gate Party....with cheeze and Crackers...Home Maid Cookies...And ALL the Diet Rite u could Drink!!!....Invested the Rest in A PYRAMID SKEEM I herd About from John L Smith......... 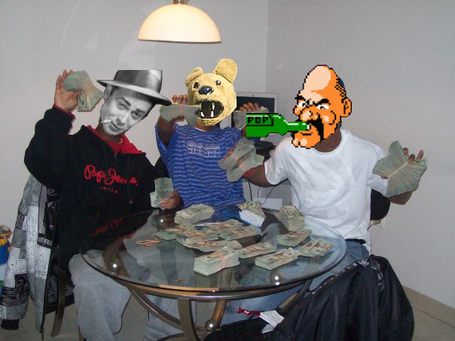 PJS and Gopher Nation, The Daily Gopher:  Repurchased souls sold to Satan in March 2006 in exchange for Tubby Smith's signature - in blood - on his Minnesota contract.  Bought bronze pig statue with remaining proceeds (Minnesotan souls aren't that expensive, even with the weak dollar), gave statute to Tim Brewster, and told him it was Floyd of Rosedale.  Tim responded, "TREMENDOUS!  WE WON A PIG!  DID WE BEAT NORTHWESTERN?  WHERE AM I?  WIN!" 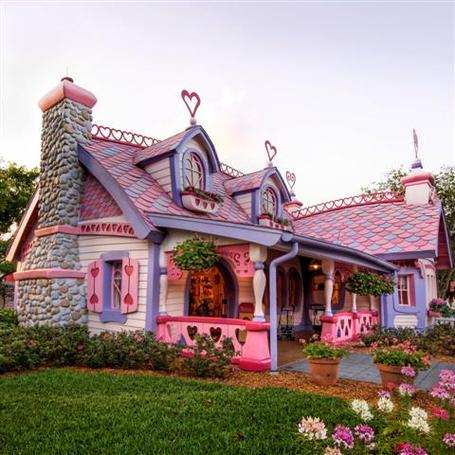 "Hope we didn't hurt your property value too bad"

Beuford Bixel and Champ Summers, The Only Game That Matters:  Celebrated their good fortune, before realizing they don't actually vote in the Blogpoll.  Consumed with anger, started printing Schrutebucks.  Arrested and convicted of counterfeiting when they attempted to use Schrutebucks to buy polos and cologne at American Eagle Outfitters.

Paint the Town Orange: Hit the Salvation Army.  Tried to out-America J Leman.  Flew too close to the sun. 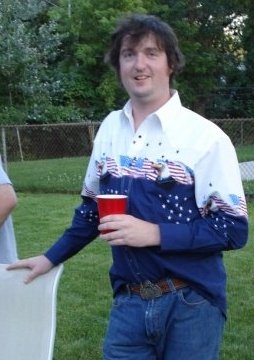 Orson Swindle, EDSBS:  Found Danny Wuerffel living in an alley in Tampa. Hired him as his personal butler.  Came home to find all the fine china missing from the curio cabinet, with the 1996 Heisman Trophy left in its place holding an IOU in its hand. 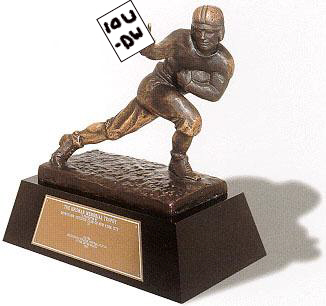 With all due sincerity, congrats to Brian on engineering this big step forward in blog legitimacy.  Let's just hope nobody comes here for information.

* -- Yes, we know it's the second Irwin R. Schyster reference this week.  We're hoping for a three-peat tomorrow.