*Disclaimer - this post is nothing more than a glorified poop joke.  Also I only use the term 'glorified' because I used Photoshop.  It was a toss-up between this and some sort of dick joke photo but I happened to already have a poop photo on hand.

[Double disclaimer: Picture may be NSFW, but it's really not that bad. No boobs or anything, but it's a bit, y'know, gross. Also, AUTOMATIC BUMP.--OPS]

There's no reason to be concerned about whether Wisconsin starts Evridge or Sherer at QB because either way, this is what will happen: 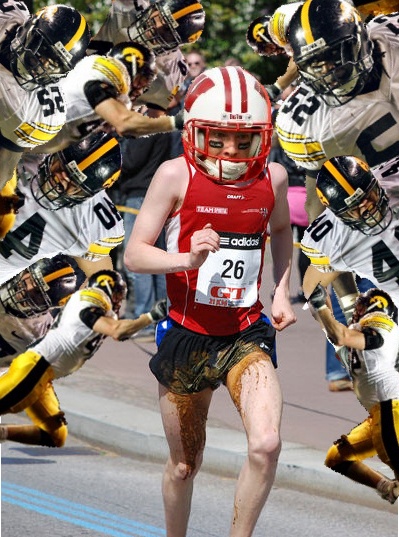 He who faces Iowa defense should expect pants full of shit.